Mardi Gras or ‘Fat Tuesday’ is the Tuesday before the first day of Lent.

In Britain it is known as Shrove Tuesday or Pancake Day.

Traditionally Lent meant 40 days of fasting before Easter, commemorating Jesus’s time in the Wilderness. Therefore it was a time to use up all the presishable dairy food, hence the British custom of the pancakes. 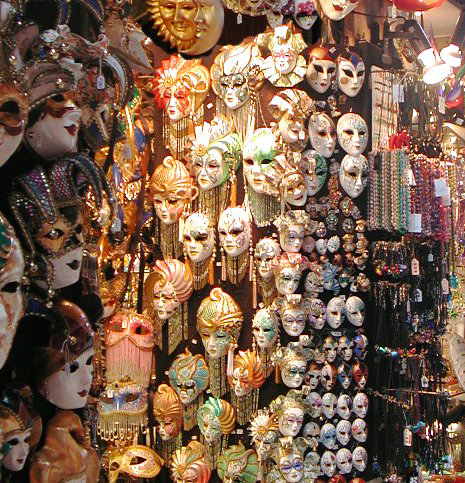 Catholic countries such as Latin America, Spain, Italy and France celebrate the Carnival, although its roots are considered to be pagan.

The first Venetian Carnival is thought to have taken place at the end of the 12th century, to celebrate a victory and the independence of the Venetian Republic. Carnival is taken from the Latin for ‘without meat’.

Modern Mardi Gras beads are mass produced plastic items, but originally they were made of glass, the custom of bead throwing didn't start until the 1920s, the bead colours are significant, purple for justice, green for faith and gold for power.

Easter is always celebrated on the first Sunday after the first full moon after the 21st March, (the first day of Spring).